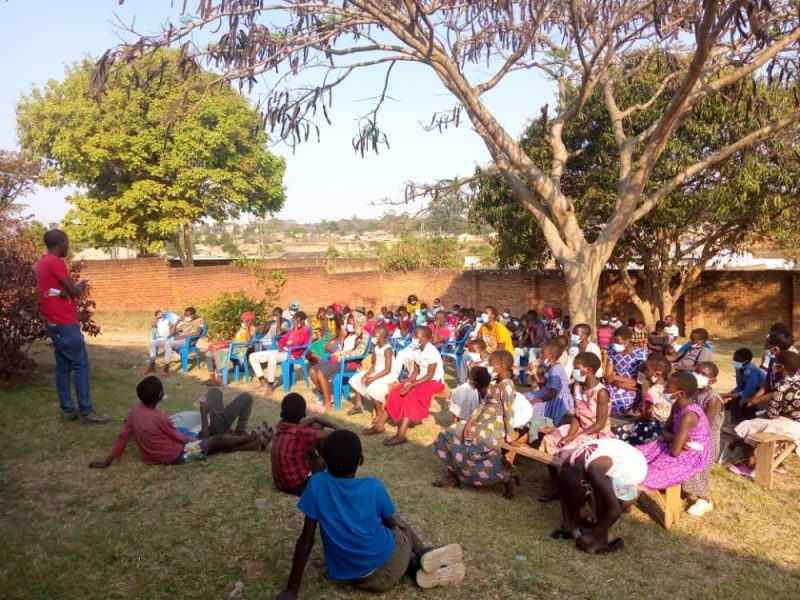 In a bid to end Gender Based Violence [GBV] against girls, St Egidio organized a stakeholder meeting on the day of the international girl in Mzuzu on Saturday, October 3.

The meeting which was patronized by stakeholders from various sectors of the community aimed at sharing the Gospel and ideas on how to eradicate the vise which is on the rise.

Coordinator for St Egidio, Crief Daniel said the church in Rome came up with the girl child rights meeting to enable victims especially girls to report these cases to the relevant authorities.

“This initiative was arrived at after the church in Rome saw the gap that was there.

GBV cases against girls were not being reported for various reasons but due to this meeting the church is hoping for a better community as with this at the click of buttons the case is reported instantly.” Daniel said.

Daniel added that for some decades now the world has normalizing Gender Based Violence hence it has been leading to a vile generation which is so worrisome.

“We thank mother community of Rome for organizing this meeting. But despite being Christians, as members of the society we have to take part in protecting the girl`s future by letting them be aware of their rights.

‘They should be free to report any misconducts perpetrated by men and boys to the right persons around them.” He said.

Stakeholder at the meeting Agnes nkholwa said this meeting was very important to the youth as they are also the leaders of tomorrow hence they will be able to learn about what the Gospel says and not be on the wrong side laws of the country.

“We are so delighted by this meeting for an important message was passed on to the young generation about the physical abuses of children especially girls.” Nkholwa said.

Meanwhile St Egidio urges all Christians including all members of different communities to look with open eyes for cases of Gender Based Violence that happens to the girls and would affect their future.