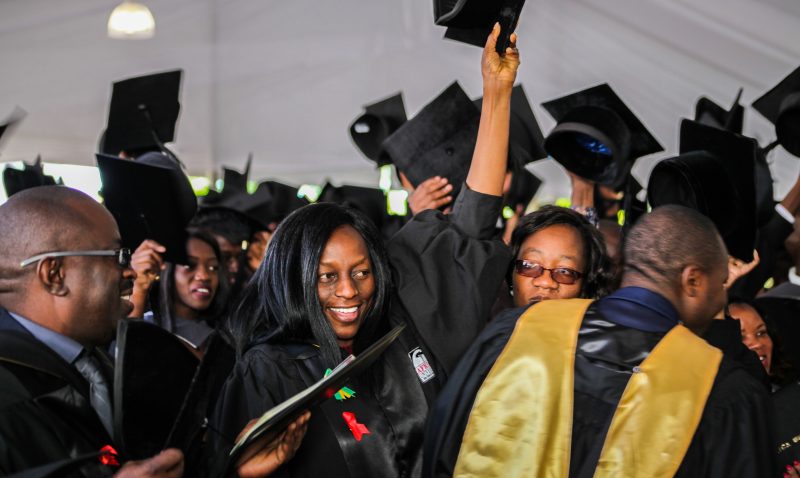 Minister of Information and Communications Technology Nicholas Dausi has said media in the country has a critical role to play as Malawi is set for Tripartite Elections next year.

Dausi said this during the 22nd graduation ceremony of the Malawi Institute of Journalism that saw about 563 journalists graduating with certificates and diplomas.

Dausi advised the upcoming journalists to go and create a media industry that is fair, balanced and professional by avoiding promotion of elements of hatred and ethnicity biases.

He emphasized on the need for the graduating students to always stick to facts when they write their stories. He then asked the management of MIJ to introduce a Degree program.

“Am asking MIJ with your reputation that let us stand up together and coordinate with the donor community to improve Malawi Institute of Journalism.

“The Malawi Government is encouraging you and would want to create more jobs for you but let me also encourage you to utilize the skills and knowledge that you have gained to create jobs which will also employ others,” he said.

Speaking to MBC the Chief Executive Officer of MIJ Antony Phanga said the institution is at an advanced stage of introducing a degree program come 2019 as all the consultations are taking place.

“We are going to launch a degree program somewhere in 2019, right now we are at an advanced stage of getting the  infrastructure in terms of doing the consultations of the curriculum,’’  Mphanga explained.

He then said the graduates should go to the world as they have re-emphasized on values that respect integrity and fairness as the elections year is approaching.

Students representative Georgia Chirombo commended the management and further said the outgoing students must work hard as MIJ has baked them fully.

During the ceremony which is MIJ 22nd graduation  317 females  graduated out of the total 563 with seven males and one female student scooping distinctions.