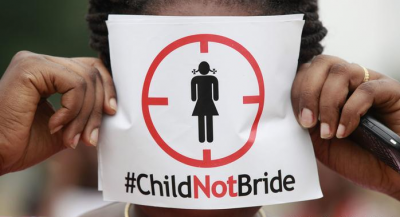 Timasukilane Youths Club together with Nkhata bay district social welfare office has embarked on a project of rescuing teen girls from marriages and sending them back to school in the district.

About 45 girls have been rescued and are advised to restart schooling. This project is being implemented at Traditional Authority Malanda in the district.

One of beneficiary of the project Slivia Lutepo aged  15, married for 8 months at the age of 14 and now she is back in school after returning from marriage in June 2021.

Lutepo appreciates the project for offering her another chance of earning education “I appreciate the office and the Youths club, and am overjoyed with my return to school. It is nice to know that somebody cares to want to help. If it was not for the social welfare office I would still be married with no prospects for continuing education,’’ narrated Lutepo.

However the project is facing some challenges in its implementation. “Some parents hide the real age of their children and we lack tangible basis to support our arguments. There are other parents who look down on us because we are young and say we are fighting culture that has been practiced for a long time.

“They are instances where people have ganged up against us and chased us with panga as we campaigned against child marriages,” said Amonize Banda youth group chairperson.

Child protection officer for Nkhata Bay, Joly Yosum said his office is aware of the challenges and as a way of curbing the situation, they have put in place by-laws in attempt to solve the vice.

One of the by-laws is that any community member that is uncooperative is charged a Goat or K20, 000.00, said Yosum