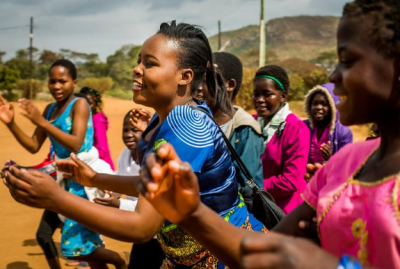 In as much as there has been huge campaign on child rights and responsibility, it is still much clear that a lot has to be done in the case of Eswazini Traditional Authority Kapingo Sibande in Mzimba District.

At Eswazini, parents and guardians strongly believe the campaign for children rights has interfered with the traditional ways of disciplining children.

This was learnt on October 22, 2021 when students from Malawi Institute of Journalism from Mzuzu visited the community to appreciate the life of children in the area.

A visit to the place established that many parents are worried that the campaign on child rights and responsibilities is threatening the future of their children as it has become almost impossible to discipline them.

At Eswazini, parents are dodging to condemn acts such as early marriages and alcohol abuse, which are concluded to be on the rise because children claim they have the right to do so.

A parent, Towera Ng’ambi a wife to village Mkandawire, said it is becoming more difficult to discipline children with the coming of the campaign on child rights.

“We want to see our children do better in school and generally in life, but with the coming in of child rights campaigns.

”It is now difficult to stop them from engaging in acts that disturb their progress because they do not want to listen to what we advise them,’’ she said.

Another parent who denied to share her identities, lamented that children are going out of their way because of child rights or perhaps because they do not understand their responsibility.

She added that it would be better if government concentrated on giving formal education to children and let parents discipline their children.

“Government should focus on providing formal education to our children and let us be the ones who discipline them because they live with us.

”These rights have closed their ears and they do not listen anymore, they use child rights to defend their acts,’’ she said.